Who needs a beach?

It’s 8 AM on a steamy March morning at Madgaon Railway Station. Taxi drivers and tourist ‘guides’ are falling head over heels, trying to peddle their beach properties. We make our way through the melee and manage to reach the Pre-paid taxi counter only to be met with a strange question – Why on earth do we tourists want to Aldona?

As it happens, Aldona is nowhere near a beach. And it is hard to find on the map for most people as the hinterland of Goa does not exist in their realm of geographical knowledge. Even our battle hardened taxi driver has trouble finding his way through the back country roads until Roberto comes to the rescue over the mobile phone.

We reach Aldona – Cancio’s House to be precise, to be welcomed by Roberto, Raquel and family. Their 500 year old estate, our home for the next few days. While our quarters are in the tastefully done up set of rooms away from the main house, we end up spending more time in their dining hall and living room than anywhere else. 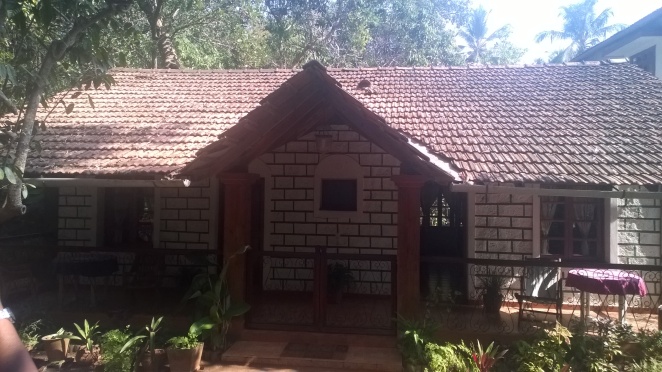 Our first meal there we decide that we could happily spend the rest of our lives in Raquel’s kitchen. Be it her traditional Goan recipes of fish, meat or poultry or her gobsmackingly delicious spreads made of banana, mango or guava – the taste of her warmth and love shows in each morsel. 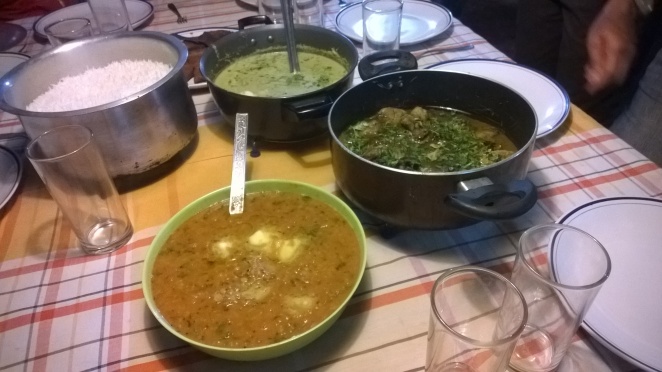 Our afternoons are spent talking about Goa, its people, culture and cuisine. Roberto is encyclopaedia on Goa. He’s been a hotelier, he’s travelled the world – but now he runs Cancio’s house and moonlights as the skipper of a speedboat and a luxury yacht which can also be chartered – What is not there to envy about his life?

We empty crates of beer over stories of festivals that involve jumping into wells, mugger crocodiles in the river and  why Goa’s traditions are slowly dying with the exodus of its natives and the influx of the businessmen.

He arranges bikes for us and we are off exploring the bucolic Goa. Not a single yuppie is in sight, nor is a hippie. There are no Boom Shankars, Totos or joints selling Shakshuka, Chicken Stroganoff and Gobhi Manchurian on the same menu. Instead, there is one of Goa’s last traditional bakeries where breads and pois are still made by hand and are sold and eaten before they even cool down.

There is Andron in the nearby village of Nachinola which is a meat lovers’ paradise. If you’re vegetarian, look elsewhere. Tony, the owner is around and offers sagely advice on pairing meats with feni. Between mid-afternoon beers and Old Monks, obscene amount of food is gobbled down. 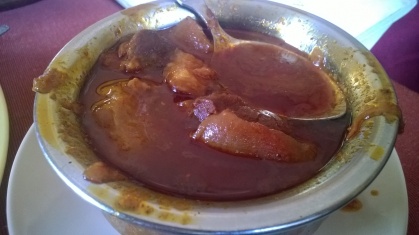 We even make a trip to Mapusa market to buy spices and take advantage of the tax laws. The evening is spent along the banks of the Aldona river, where locals fish, catch up on news and gently watch life go by. A distant train salutes the passing countryside, and the sound of hymns float in the air from the nearby church.

We are glad we are nowhere near the beach. We are glad we are with Roberto and Raquel. Their three sons join us for dinner. And clear the dishes on roller skates! The youngest – a little babe back then is relishing the attention being showered by 6 grown men!

We pack to leave the next day, without having even been in sight of the sea in Goa – and all the more glad for it. We had come in as tourists, we were going back as family. The world definitely needs more people like Roberto and Raquel. It’ll be a much better place that way.

Cancio’s House lies in Aldona village, Naicavaddo, Goa. Best call Roberto or Raquel for directions. Since you’re not on the beach, any time of the year is a good time to go. It is a perfect place to go even with young kids. But in my opinion, try going there in the monsoon. Goa takes on a whole new avatar then.