The most treacherous road in the world

The sign by the side of the road makes it plain. We are travelling on the most treacherous road in the world. This is not a sign that has been put up a local, or some wise guy tourist. Somewhere there in the picture below, lies one of the most important roads in India. And that is why the sign is important. It has been put there by GREF – the General Reserve Engineer Force of the Border Roads Organization. 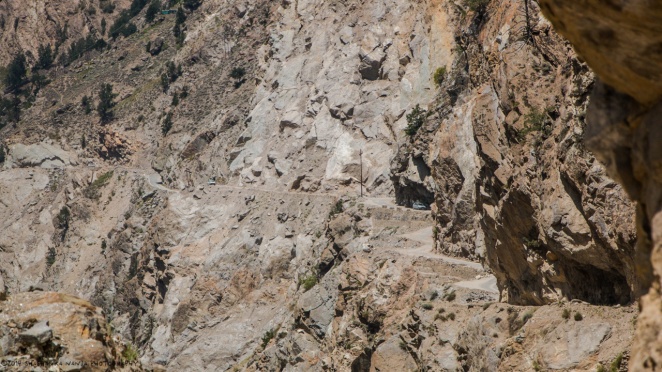 It is their job to keep this road open all through the year. For this is the NH22 – better known as the Hindustan Tibet Road. A road that makes the Death Road of Bolivia, a walk in the park. The original Hindustan Tibet Road started at Rampur, the capital of the erstwhile Bushahar kingdom and entered Tibet at Shipki La 185 km away. Back then on pack mules, the journey took nearly a fortnight. Today it takes the whole day if the weather gods or kind or a week if the mountains decide to collapse. 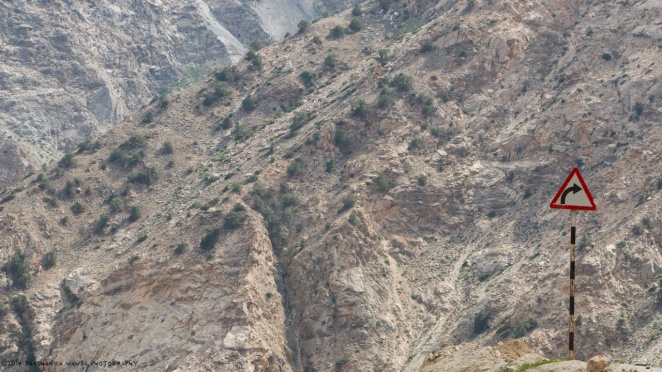 Today the road to Tibet is closed for civilians, but the men of GREF are in charge of the road all the way from Rampur to Rohtang Pass via the Spiti Valley. This is Spiti’s only link with the rest of the country in winter, when snow cuts off the route via Rohtang in to Manali.

The officer folk of GREF are not from the hills – nor are the workers who crush stones by muscle power and a hammer, carry heavy loads and camp under a tarpaulin sheet by the night at the edge of a precipice. Some come from Kerala, where it is green as far as the eye can see and oxygen as plentiful as water. The dry, high altitude desert which is their office, is as far removed from their home as it is from the steamy forests of Jharkhand.

Sajit Topno and his gang hail from the Chota Nagpur plateau. They’ve been here for the past five years, working with a GREF sub-contractor – a local who drives in an SUV and has a summer home in Kullu. They make minimum wages a day and send most of it home. They eat porridge and potato gruel on most days and miss their home though they are too proud to admit it.

We met them a few miles out of Kaza – the Spitian headquarters. They are repairing a road that was damaged by landslides. They need to fix this before the short summer ends – so they take the fast route – by blasting the hillside. But the only easy part is the dynamite – the resulting rubble needs to be cleared and that is Harman’s job. He comes from Batala in Punjab and he can make a backhoe perform more gracefully than a Bolshoi ballerina and that too at the edge of a 250 ft drop into the fast flowing Spiti river. 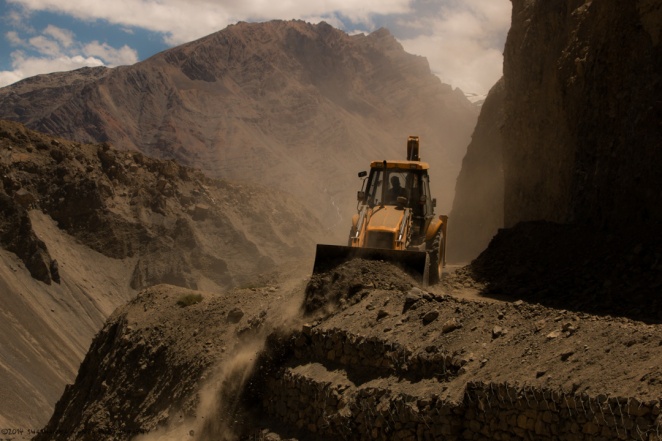 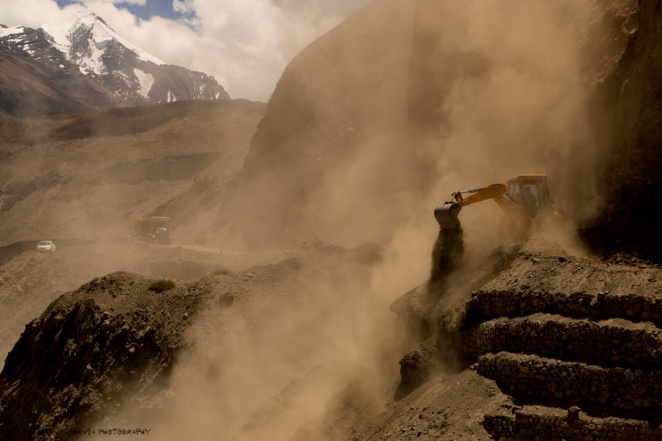 We meet many such gangs all along the road to Manali, but even their best efforts can sometimes be overwhelmed by the sheer force of nature. Snowmelt in the summer causes many a dry nullah come to life. The Malling Nullah north of Nako has led to the road being reliagned, twice and it still in a headache. The Paagal Nullah, named so after its unpredictable nature was forgiving when we crossed it. But the Dorni Nullah was in no mood to relent. It required man and machine to pay obeisance to its power, before letting anyone pass.

The Dorni Nullah was proof that it takes naught but a second to wipe out man’s best efforts. But the men of GREF toil hard to keep this life line open. And is because of them, that most make it alive through the most treacherous road in the world.