Rajbagh – is a tiger lovers’ paradise. A man made lake set amidst a bowl ringed by tall hills. Countless documentaries have immortalized this corner of Ranthambhore National Park. With plentiful water and prey, it is most prized tiger territory of them all. Anyone who rules over this patch automatically earns the sobriquet of the ‘Queen of Ranthambhore’.

Krishna aka T-19 is the current Queen having taken over the territory vacated by her deceased sister Sundari (T-17). She in turn had won this by displacing her mother, the legendary Machhli (T-16). Machhli, in fact got her name and this territory handed down from her own mother, the original Machhli – The Lady of the Lakes.

We had been following Krishna and her latest litter of cubs for the last few months and one January afternoon we heard reports that she had been spotted near the tall grass across the ruins of the Old Hunting Palace. We made our way in the afternoon and searched for any signs of her movement. Finding none, we derided to play the waiting game, for tigers often move around sunset.

As if on cue, the grass rustled just as the dying sun cast an orange glow across the land. There, she broke cover and and made way for a fallen tree sprawled across the water. The next few moments were magic. 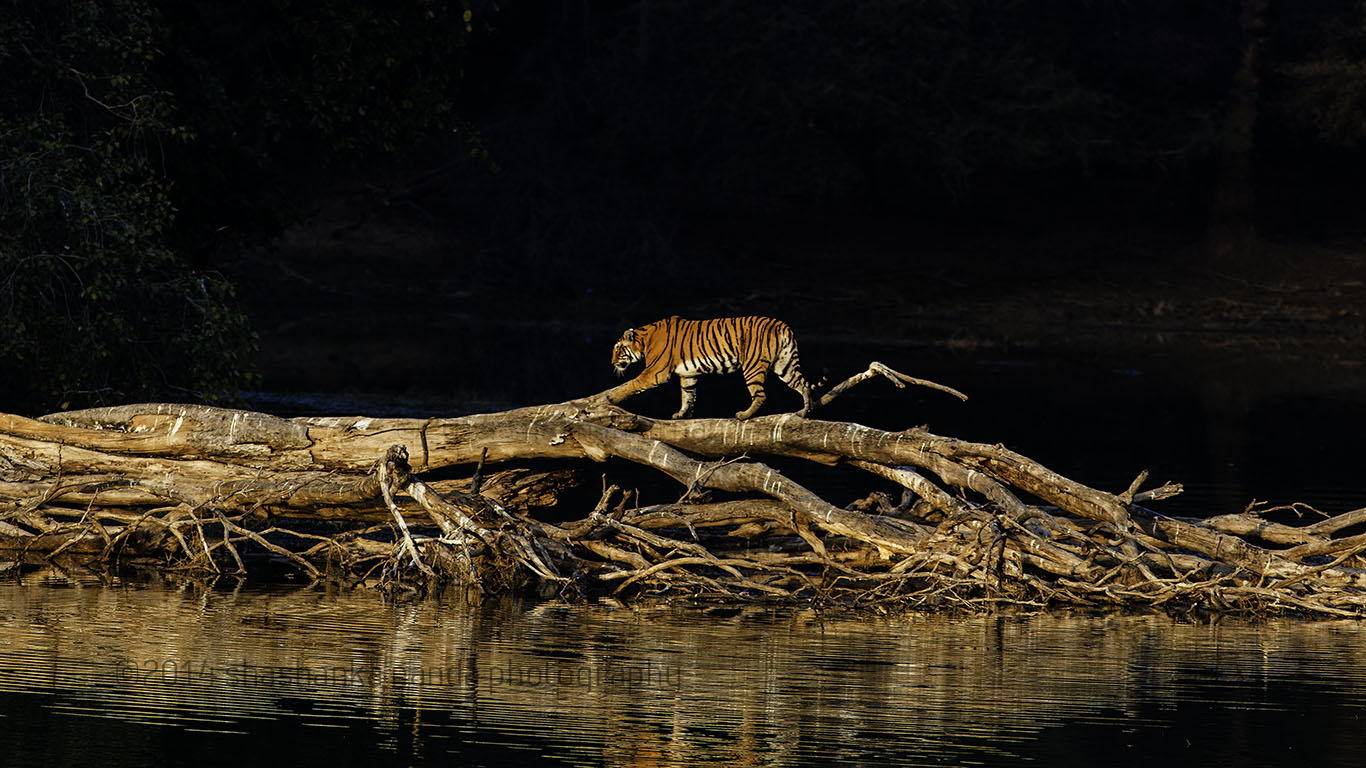